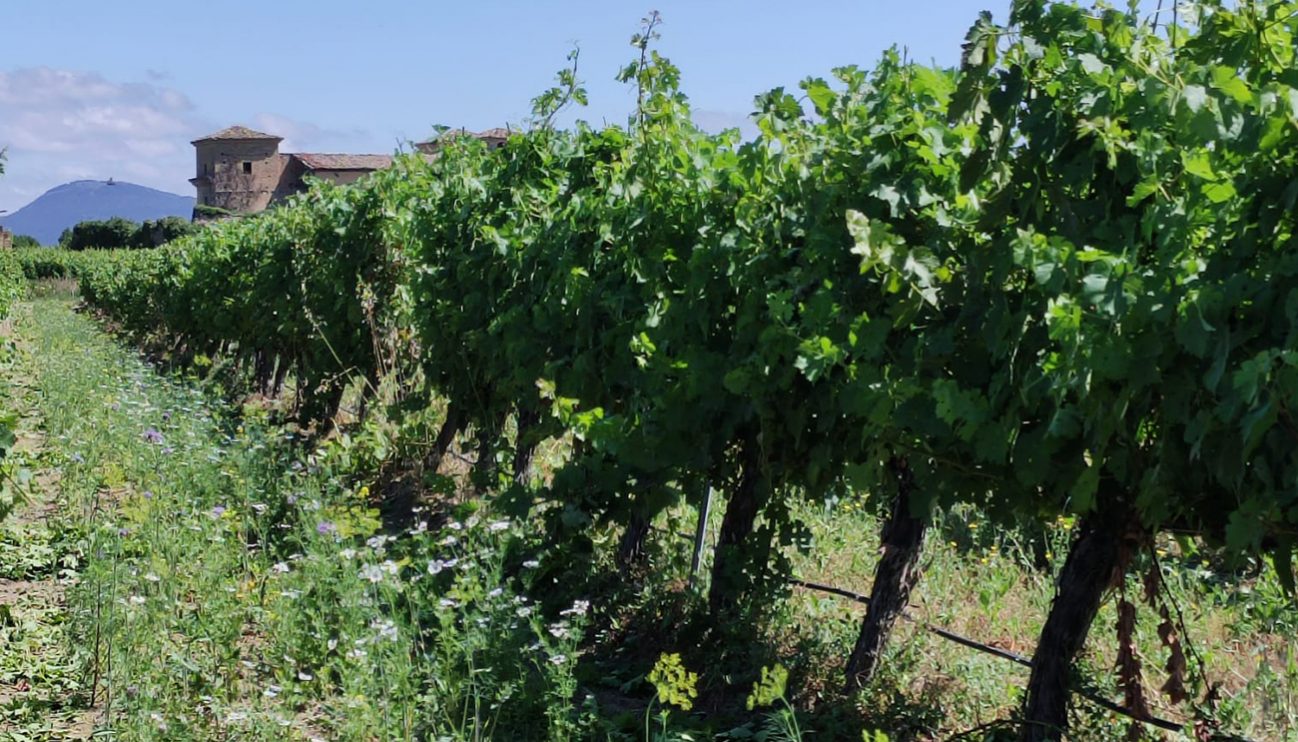 Plant cover: allows us to reduce, in a natural way, up to 45% of grape production, this being the first step in the process of selecting the best raw material. Likewise, for more than 20 years, at Otazu we have combined different plant covers, alternating plants such as fescue, whose short roots act as a humidity regulator, with others with long roots: oats, barley or mustard. The deep action of these roots favors oxygenation and drainage of the soil, generating an ideal habitat for insects and annelids, which will later serve as natural food for larger species, mainly birds. In this project we deepen the knowledge acquired by planting floral covers to attract pollinating insects, which, in addition to contributing to the reproduction of plants, serve as food for the auxiliary fauna that inhabits the fields of our winery.

Secondly, the project aims to reduce the impact of phytosanitary treatments on the vineyard and its environment by improving application systems and implementing support tools. To achieve this, Bodega Otazu and the UPNA have implemented several tools. These are: a meteorological application, a weather station and the placement of probes to improve decision-making when carrying out treatments.

In addition, the machinery has been innovated with recovery screens that reduce the impact of the treatments on the environment and the elimination of the use of herbicides by substituting them with specific machinery for this task. To verify the effect of this new cultivation strategy, the carbon footprint of the area will be calculated.

Despite not having pest problems or the need to use insecticides in the vineyard, moth detectors were included in the project because we have the hypothesis that with climate change the tendency is that pests will cause problems in colder areas like ours. This was put in place to anticipate a future problem and thus be able to monitor their evolution.

Finally, the third objective of Bodega Otazu’s Viñasostenible project aims to motivate other vineyards in Navarra to implement this type of methodologies. Thus, this region of Spain will become an example of innovation and sustainability in vine cultivation and winemaking processes.